Don’t you hate it when books go on and on?

That’s why, from the very start, I decided that Bankers are people, too should focus on the basics.

Therefore, I chose to leave out many financial products and services.

If you want to learn more about things like cash pooling, discounting, factoring, leasing, securitization or structured products1, Bankers are people, too is not the book you’re looking for.

If, on the other hand, you want a 200 page introduction to money, banking and macroeconomics, I promise you will love it.

Banks do not create money out of thin air. That’s the title and argument of an article by Pontus Rendahl and Lukas Freund in VOX.

Unsurprisingly, people on Twitter took issue with the authors’ claim:

I find this polemic boring and unproductive.

Boring, because I explained the misconceptions surrounding “money from thin air” in Bankers are people, too. (If you have a copy of the book, see page 38).

It’s also unproductive, because a slogan is not an insight. VOX claims to provide ‘Research-based policy analysis and commentary from leading economists’. It’s a sad state of affairs if leading economists produce more heat than light by using slogans.

Scientists don’t argue about slogans. Insight follows from identifing the relevant mechanisms or from looking at empirical findings, not from these endless ‘debates’.

That’s why Bankers are people, too contains so many drawings of simple balance sheets and discussions of behavior and incentives. I wanted to be crystal clear, not become yet another vague economics guru.

My book Bankers are people, too was published on this day one year ago.

A big ‘thank you!’ to all readers and supporters! 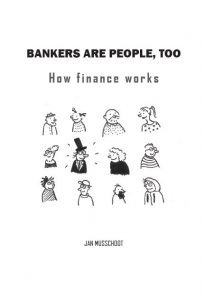 In a recent episode of the Macro Musings podcast, David Beckworth talked to professor and author Laurence M. Ball about his new book The Fed and Lehman Brothers: Setting the Record Straight on a Financial Disaster.

Starting around minute 45 of the podcast, they discuss the role of Henry Paulson, the Secretary of the Treasury. Professor Ball notes that “It was Paulson1 who was making the decisions. That’s a little bit odd, because legally, under the Federal Reserve Act, it was the Federal Reserve’s job to decide whether or not they made loans. The Treasury Secretary legally didn’t have any more role than the Secretary of Agriculture or the Governor of Maryland. But Henry Paulson just arrived at the New York Fed and started saying what was gonna happen and people did what he said”.

This doesn’t surprise me one bit. In times of crisis, you cannot avoid politics.

In ‘The next crisis’, the final chapter of Bankers are people, too, I wrote

“It remains to be seen how long regulations will keep risks in check. When a major (shadow) bank fails in spite of all the monitoring and supervision, the value of the institutional framework will become clear. Because of the importance of banking to the economy, I am sure that the highest officials
in government will be involved if a too big to fail bank is about to collapse, whether or not that is against the law.”

So much for legal constraints during a major crisis.

This is actually very funny: "Jean-Marc Decressonnière, a banker in Basel, was taken aback when he realised he was responsible for creating money. “It was a surprise — we were simply not aware.”" https://t.co/ffrH904hcy

To be fair to Mr. Decressonnière, most bankers don’t understand money creation.

The Vatican recently published a document on the economic-financial system. The Church notes “the irreplaceable social function of credit” and that “most of [the financial industry’s] operators are singularly animated by good and right intentions”. However, the text mainly condemns all kinds of “immoral behavior”, ranging from credit default swaps to offshore banks. END_OF_DOCUMENT_TOKEN_TO_BE_REPLACED

There’s a scene in Monty Python’s Life of Brian in which rebels conspire against the Roman occupation. They ask themselves “What have the Romans ever done for us“.

I get the same feeling when I read articles about Big Tech. END_OF_DOCUMENT_TOKEN_TO_BE_REPLACED

The Dutch translation of ‘Bankers are people, too’ was released last week. A guest remarked that he liked the unconventional order of the topics. The fact that I wasn’t formally trained as an economist undoubtedly helped. Because I didn’t start from a mental template of how a book on banking should look like, I had to figure out the best way to present my ideas in a coherent way.

Question for readers who did study economics at university: did your textbooks discuss central banks and macroeconomics before explaining commercial banking? What would you change to the curriculum? Let me know in the comments! 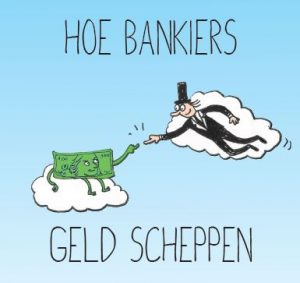 END_OF_DOCUMENT_TOKEN_TO_BE_REPLACED

Writing a book involves a lot of deleting, shifting, and rewriting. The recent IT problems at Argenta bank reminded me of the original introduction of Bankers are people, too.

The introduction in the published version of my book is based on the old intro, plus pieces that were originally at the end of Part III. The editor convinced me to integrate them into the beginning.

So without further ado, here is the old intro: END_OF_DOCUMENT_TOKEN_TO_BE_REPLACED