I wrote Bankers are people, too to help non-economists put the financial news into perspective.

Three recent news stories were no surprise to readers of my book.

I covered previous leaks in the chapter ‘Tax evasion and offshore services’ (p. 100). 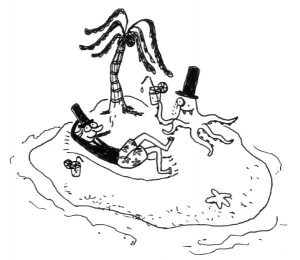 “In 2016, the International Consortium of Investigative Journalists (ICIJ) reported on the Panama Papers, eleven million documents from Panamanian law firm Mossack Fonseca. These files demonstrated that the offshore industry is not limited to small banks most people have never heard of. The names of major global banks surfaced during the investigation.
The Panama Papers revealed that top politicians or their families from China, Pakistan, Russia, the Middle East, South Africa and Argentina had hidden assets offshore. Western leaders were also implicated in the scandal. It was exposed that the families of the prime ministers of Great Britain and Iceland had stakes in offshore companies.”

Investment in art is discussed in chapter ‘Alternative assets’ (p. 81).

“Aside from real estate and financial securities, there is a wide array of alternative assets available to investors. There are markets for gold, diamonds, paintings and other works of art, bottles of wine, classic sports cars, etc.
Bonds have a nominal value and pay interest. Stocks come with dividends. Real estate prices can be assessed in terms of the rent tenants pay. Most alternative assets (gold, diamonds, etc.) don’t deliver an income to their owners. The prices paid for these alternative assets depend on the mood of market participants. This lack of connection to financial flows makes them hard to value.”

It didn’t take the current default to mention Venezuela in chapter ‘Running or ruining the economy’ (p. 167)

“Countries like the United States and Switzerland have institutions that handle their finances relatively well. Others seem to have a talent for running the economy into the ground.
Take the case of Venezuela. Its socialist government nationalized businesses and used subsidies to buy the votes of poor citizens. The state relied mainly on oil exports for its revenue. This situation lasted until oil prices took a sharp dive in 2014. The government had to resort to money printing to cover its bills. Hyperinflation was the predictable result. Venezuelans suffered from shortages of all sorts of consumer goods, even toilet paper.
Venezuela’s problems since 2015 are par for the course. The country has been bankrupt ten times before. In 1902, foreign bondholders sent gunboats to the Venezuelan capital Caracas so the government would pay its debts.”

Bankers are people, too has a five star rating on Amazon!