“Sooner or later, something fundamental in your business world will change.” – Andrew Grove, Only the Paranoid Survive

Everyone hates banks. This has created an opportunity for business gurus, futurists and charlatans to proclaim the imminent death of banks. Stories on how technology will make traditional banks obsolete are eagerly picked up by the media.

According to professor David Yermack, half of the banks will be gone within 10 years. Why? Because of blockchain, of course.

Just one or two years ago, we were told that big tech companies would disrupt the financial industry. Facebook, Google or Amazon would beat the banks at their own game thanks to their access to customer data.

And then there are the startups collectively known as fintech (financial technology): firms specialized in electronic payments, peer-to-peer lending, crowdfunding platforms, robo-advisors, etc.

There are two problems with the narrative that new technology will eat the banks’ lunch. The first question is whether the newcomers are up to the task. Can they convince people to trust them with their money? Facebook might know that you like to share cat memes. But how is that information relevant for setting the interest rate on a loan? Will fintech companies be able to comply with a massive amount of financial regulation? 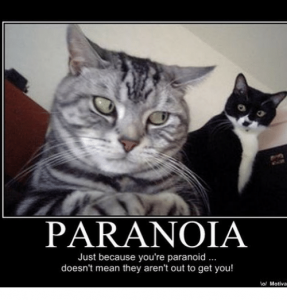 Secondly, the view that banks are done for hinges on the assumption that existing banks will just roll over and die. Yeah, no.

Few industries are as paranoid about new technologies as the banking sector.

Banks are often presented as dinosaurs that have no place in the future. In reality, few industries are as paranoid about new technologies as the banking sector. (In case you think I’m trolling, I’m not.)

Financial firms invest heavily in Big Data. Data analytics is used to identify commercial opportunities and to detect fraud. Banks are implementing blockchain technology. The most successful fintech companies work with banks, rather than competing against them. While banks are going digital, they close branches and reduce the number of employees to cut costs.

Paranoid bankers are well aware that their business world is changing. Banks are constantly evolving to survive and thrive in this new environment. Reports of banking’s death are greatly exaggerated.

I discuss the future of finance at the end of Bankers are people, too. Do you work in banking, fintech or finreg and are you looking for a speaker who can discuss technology without the hype? I’m available for panel discussions and keynote speeches. Contact me.